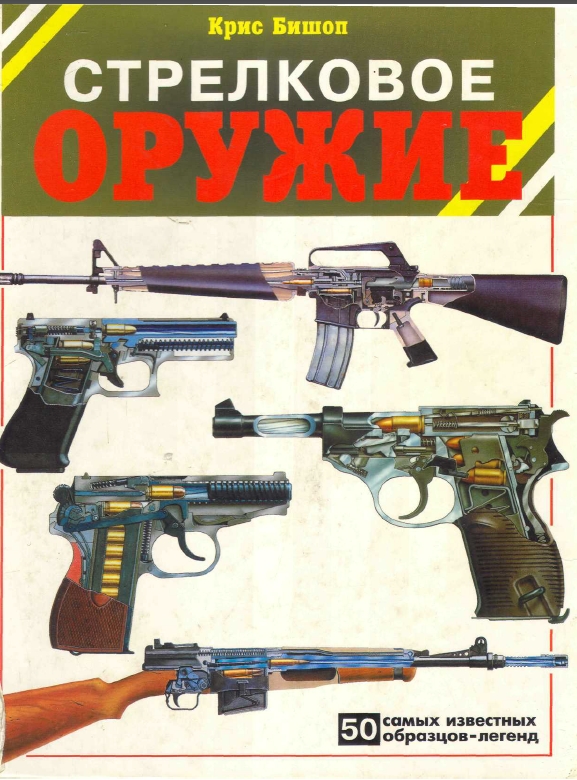 plazzma information about the seller and his items
offlineAsk a question

Personal weapons - the most important thing in a soldier's outfit. In the twentieth century occurred value
any significant changes in the design, manufacture and extent of human exposure to this kind of armed
tion. The book "Small arms" contains descriptions of more than 40 of the most famous in the world of rifles,
machine guns, pistols and submachine guns. Among them have become legendary - the M-16, "Colt" chamber
Libra .45, "Bren" PCA "Galilee." Presents and most modern models of personal weapons, ko-
Thoroe is armed police and military forces around the world, such as,
SA-80 or "Steyr» AUG.
A description of each type of weapon is equipped with colorful color illustrations, detailed com-
sha- ring on his device. Each figure shows fuse sighting ust-
tron devices, drummer and sear. Also in the book is given a fairly complete description of the principles and charging
Shooting. In addition to all presented photographs showing the disassembly of weapons. Black
but white and color photographs illustrate the use of weapons in combat. In total the book contains
about 500 photos.
The book introduces the reader to the rules for handling weapons, aiming, firing and loading,
equipped with historical references. In addition, it describes the different types of ammunition used
was used in the XX century, such as a nine-millimeter "Parabellum". In short, the proposed
my work can be one of the best guides on Small Arms, established in the world.
This book is devoid of ideological motive. The goal of the authors was to show the diversity of weapons
and its applications.